Ricky is a former Sullivan County Assistant District Attorney, and has prosecuted and defended literally thousands of criminal cases. Ricky consistently has the most active jury trial docket in Sullivan County and has lectured at law enforcement training classes for the Governor’s Highway Safety Office, the Tennessee District Attorney General’s Conference, and numerous law enforcement agencies.

Ricky represents defendants charged with all criminal offenses, ranging from misdemeanors to first degree murder.  Ricky is one of few Northeast Tennessee attorneys qualified to handle death penalty murder cases as lead counsel pursuant to the Rules of the TN Supreme Court.

In the field of family law, he has handled hundreds of highly contested divorce, custody, and support matters for clients from all walks of life. Because of his broad experience and demonstrated expertise in the field of domestic relations, he has been selected by the National Business Institute to teach continuing legal education classes for other attorneys in the area of family law, and has served as a judicially appointed Special Master presiding over difficult domestic violence cases.

Ricky also appears regularly before both the Tennessee Court of Appeals and Court of Criminal Appeals, and has successfully participated in appeals from numerous counties in East Tennessee.

Ricky is a proud graduate of Bristol Tennessee High School where he played baseball and wrestled. He is an ETSU graduate, and served as President of the Sigma Chi Fraternity. Ricky remains active in ETSU alumni activity and is a sponsor of ETSU and UT athletics.  He obtained his Juris Doctorate from the University of Tennessee College of Law, where he served on the Moot Court Board.  On Saturdays during the Fall, he can be found tailgating on UT's campus, and was profiled by Go Tri Magazine.

Ricky is licensed to practice in all Tennessee state Courts, and has practiced in over 25 counties, from Memphis to Bristol. He is licensed to appear before the Federal Courts, including the United States Supreme Court.

Throughout his legal career, Ricky has demonstrated a commitment to improving our community and the legal profession. He is a member of the National Association of Criminal Defense Lawyers, the Tennessee Bar Association, and an active member of the Family Law, Criminal Law, and Appellate Practice sections of the Bar. He is a past President of the Bristol, TN Bar Association. Ricky is an active member of the Federalist Society, a conservative and libertarian legal and public policy organization; the NRA; and the Second Amendment Foundation.

Ricky volunteers to assist with the Tennessee High School Mock Trial Competition; lectures on the judicial system at local high schools; and provides income assisted legal assistance through court appointment. He was also selected to serve on the Local Rules Committee for the Sullivan County Criminal Court.

Ricky A.W. Curtis and Teresa Murray Smith, Of Counsel, are both huge University of Tennessee fans, both former prosecutors, and together bring over 60 years of trial experience to your case.

Named a "Top Ten" Criminal Defense attorney in TN based on client satisfaction by the American Institute of Criminal Law Attorneys.

Honored as a Top 100 Criminal Defense Attorney in TN by the American Society of Legal Advocates.

Past President of the Bristol, TN Bar Association. 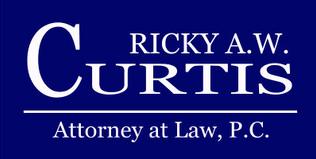 Ricky and his wife, Tracy, are Tri-City natives and are proud to watch the kids play baseball and run track and cross-country here in East Tennessee 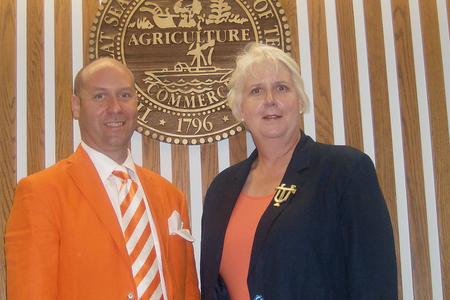 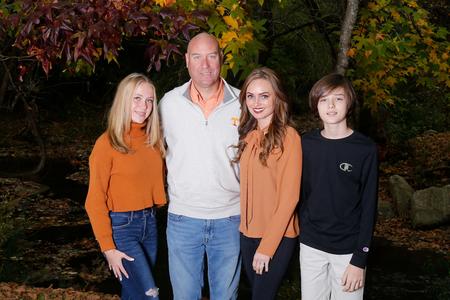